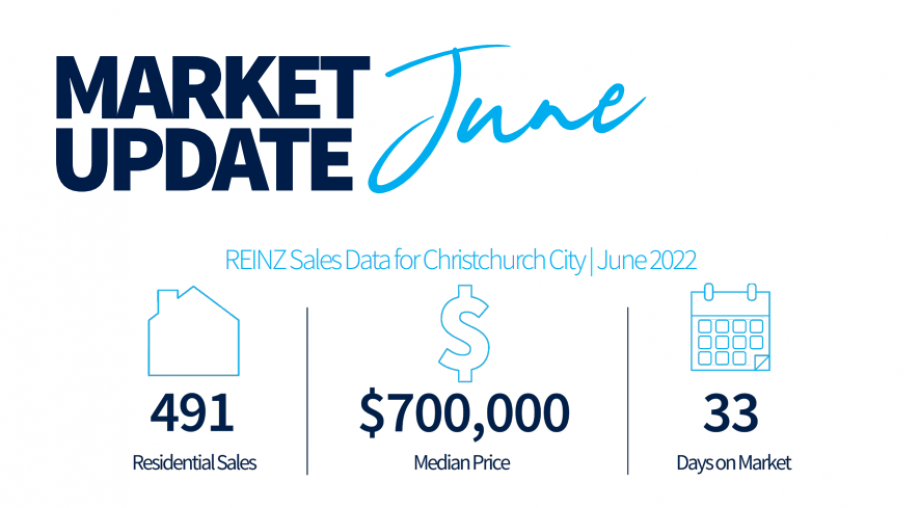 Once again, the new data reflects that all parts of the country are reacting very differently in these ever-changing times. If you regularly read my update, you will be aware that I have said many times that Christchurch and Canterbury are not normally known for having a wildly fluctuating market. Movements are generally more restrained than some parts of the country and allow most of us to live and work without the stresses seen elsewhere.

In last month’s, update I commented that there was anecdotal evidence that the new changes to the CCCFA rules allowing banks a bit more latitude with buyers and alterations to first home buyers loan limits would assist in underpinning our market here in Christchurch, and additionally I was not expecting to see huge home price/value movements.

Over the last month there have been a couple of other interesting changes beginning to occur around the country. Two banks have slightly dropped their rates on some loans, and some commentary has started to appear that perhaps we are nearing the limit of potential interest rate rises. In fact, the rates may not be pushed up to the limits initially suggested. While a lot of the commentary is still a large part crystal ball gazing and, in some cases, tinged with a degree of optimism; it is interesting that it is not all doom and gloom anymore.

So, what has all this done with our Christchurch market over the last month?

Sales numbers were recorded as 491, down from 592 recorded in May another significant drop in volume.

Days on the market is recorded as 33, a drop from the 36 days recorded last month.

So, what does it all mean?

For Christchurch, we are not seeing a wholesale drop in house price values as is reported in some other parts of the country, it is just that we have steadied out over the last few months and reached a stable plateau of value.

In contrast, our sales volumes are still dropping as the market hunkers down over winter, while at the same time buyers are applying caution to their real estate decisions.

The FOMO reported 6 months or so ago has gone. The point to note however is that even with slowing sales volumes, prices are not dropping away as perhaps expected. It might well be that the smaller volume of first home buyer purchasers each month recently are assisting in keeping the median artificially high. By this, I mean we are not seeing the volume of lower priced property sold, so that keeps the median higher than expected.

While this is one potential reason, I personally suspect that the lower sales volumes and steady sales value is more a function of simply fewer people currently looking over winter and those that are looking and buying are seeing value at their level, hence they are still prepared to purchase.

My reason for this rationale, if correct, is that we are still not seeing the time on the market stretching June REINZ Sales Data for Christchurch City | June 2022 in Christchurch. In fact, this last month the sales that have occurred have happened at a faster rate than the previous month, i.e., the days on market time has dropped again to 33 days in June. Additionally, as mentioned previously in other monthly commentaries, stock supply is still not excessive across Christchurch and we currently have the same level of stock on hand at the end of June as we had in April.

The favourable position along with the desirability that Christchurch and Canterbury have in the minds of a lot of Kiwis is starting to show through and this is best shown up by the words of Jen Baird, the CEO of REINZ, in her latest market comments relating to Canterbury as a whole.

She said, “Owner occupiers are most active in the market and first home buyers are starting to re-emerge. People looking to move from the North Island are showing interest in Canterbury, particularly Aucklanders and Wellingtonians.”

Interestingly, supporting my view of what is happening with Christchurch is the REINZ house price index (HPI). This is an index that measures the changing value of residential property across NZ. It is widely seen as the best predictor of whatever trend is likely to hit any area and what effect that trend will have on property values.

You might recall that last month, for the first time in years, the HPI for Christchurch showed a drop of 0.6%, an indicator that property prices where plateauing or perhaps the start of a drop as some suggested. This month the index has increased again, shoring up a bit of confidence and indicating that a wholesale drop in property prices is not on the cards yet for Christchurch. Currently prices overall are holding; they are definitely not increasing and wholesale price drops haven’t started yet.

For Harcourts over the month of June, our figures reflect pretty much what is happening in Christchurch, particularly as we make up the largest bulk of the sales by far.

Our listings in June were very similar to June 2021, just 7 lower than the same time last year.

Auctions still make up 43% of all property listed, and yes some sell on the day, and some don’t, but they usually get sold within a few days after auction.

It’s interesting to see what plays out in the auction rooms; sometimes there is no rhyme or reason why, but some property still has two, three and even four bidders, while some attracts no bidders at all, even when you are aware that there are buyers sitting in the room. Probably 50% plus of auctions currently have just 1 bidder for them. But as I said last month, the purpose of auctions currently is to find the cash buyer and give them the chance to purchase first. If it turns out there is more than one cash buyer, then the added benefit could well be the premium. Equally it’s interesting to see multiple bidders in the rooms for a property who all compete and bid, yet we can still have a vendor whose head is still thinking their property value is at a different level.

As the saying goes, ‘the market is the market’ and we in real estate are just there to put the best deal together at the best price that both the seller and the purchaser can live with.

If you are looking to have the best possible deal put together to assist you with your real estate transactions, then our figures will assist you in making the decision on which company in Christchurch City you should be selecting to facilitate your sale.

The sales figures for Christchurch City for June were:

For more up to date localised information, talk to your local Harcourts office; there are plenty of them dotted around the city.

Get free advice from the Harcourts team or checkout previous asked questions.