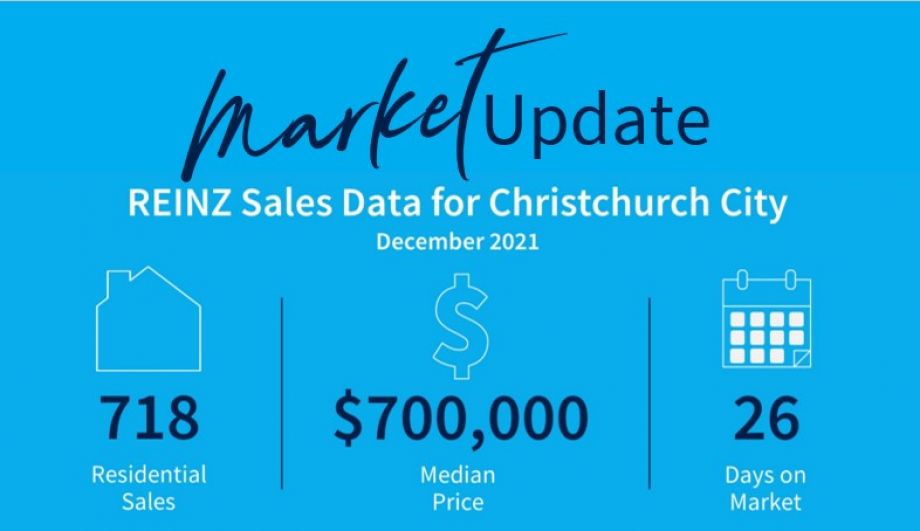 In most areas around the country, sales numbers dropped due to a lack of stock combined with buyer fatigue and changes to the lending rules introduced in December.

The Real Estate Institute has just released the data relating to the property market for the month of December 2021. It is fair to say the data from around the country is probably as expected given the frantic year we saw nationally. As expected, the market closed on a high following the strong year. The national median sale price hit $905,000 and there were seven regions around the country that had new record median highs.

Jen Baird, the CEO of REINZ is reported as saying, “House prices were considerably higher than December 2020, demand and sales activity remained firm, and there was a welcome increase in new listings through November and into December. However, we are noting signs of deceleration in annual price growth compared to previous months. While the market remains confident, the impact of rising interest rates, tighter lending criteria, and changes to investor taxation restrictions are starting to shift dynamics.”

Across the country, seven regions experienced new record sale price medians for the month of December on the anticipated falling sales volume nationally. In most areas around the country, sales numbers dropped due to a lack of stock combined with buyer fatigue and changes to the lending rules introduced in December.

Here in Christchurch, the industry figures have remained “reasonably” static over December.  While sales volumes across the city were down slightly against the high set by November, there was essentially no drop in our Industry median sale price of $700,000.  However, the days to sell were still well below the ten-year average and available stock levels were at lower levels than the same time last year. With this sort of pressure still in the marketplace, it’s not surprising to find that close to 42% of the property sold over December in Christchurch was sold via auction, with Harcourts once again leading the way.

Stock level availability still seems to be the biggest limitation to our Christchurch market, and available options for purchasers are at near-record lows. There is hope and expectation by the public and the Government that some of the changes introduced in November/December across the country will start to have a slowdown effect on the market in the coming months and allow stock levels to increase. Based on the results of December sales across Christchurch, this will still be some time away.

As the largest real estate company in the city, we have a good feel as to what’s happening across Christchurch. From our perspective, the market across the city finished strongly in December enabling Harcourts to record one of its best sales months of the year. The changes introduced into the market in November/December by the new Government regulations have yet to really kick in around Christchurch. It became apparent however towards the last weeks of December that genuine buyer fatigue was setting in, not only in Christchurch but around the country. We know from past years that when the results are released for January, they are never a fair and accurate barometer of what is happening in the market as a result of the holiday period, and this year will be no exception. I expect after the hectic pace of 2021 we will see a slower start to our local market in January this year, however, I have no doubt that once schools and businesses are fully back at work, our local market will start to move quickly once again. While a number of media and market commentators are predicting a slowdown in the market and potentially price drops, I struggle to see this happening locally to any great extent in the near future. There is no doubt that price increases as we have seen in the last year cannot continue indefinitely.  So, while some of those monthly increases will and realistically need to slow down, it is unlikely we will see anything resembling a price drop in the near future.

When deciding what you should be doing with your property or when making decisions on property in 2022, talk with your local Harcourts office first. We know Christchurch best and we are the company that sells the vast majority of the property across our city. There is a reason the majority of the city chooses Harcourts to sell their home. We believe we provide the best options that create the right environment to achieve the best possible outcome for you the seller and while the final sale price might not be your ultimate reason for choosing who to use to sell your property, I suggest it should be a factor you consider, especially when the data is so compelling.

Give Harcourts a call and let us show you the benefits and economic advantage of the Harcourts sales process.

Get free advice from the Harcourts team or checkout previous asked questions.